FOTOHOF edition
Three New Books
'Analog Algorithm'
Landscapes of Machine Learning - Susanne Huth
Susanne Huth photographs architectural aspects of the new digital cultural landscapes in Silicon Valley, San Francisco and the Bay Area. The novel Microserfs by Douglas Coupland (first edition 1995) provides the inspiration for the photography and the essay by Maren Lübbke-Tidow as well as the book’s design and typography. Indeed, the cover of Analog Algorithm references the cover of the 1996 edition. The fonts are those used in Microserfs, specifically Helvetica, Courier and Chicago, all of which helped shape the typographic aesthetic of the internet in the 1990s. The photographs are complemented by an illustrative series featuring abstractions and evolutions of the websites of the companies that were photographed for the book, such as Google, Facebook and LinkedIn. The light tones of the photographs in the book emulate Henry Wessel’s analogue prints, particularly those featured in works such as California and the West and Night Walk for night shots.
For more information:
http://www.fotohof.net/content.php?id=73&buchid=1007
20% discount during the fair – code: POLYCOVID2020 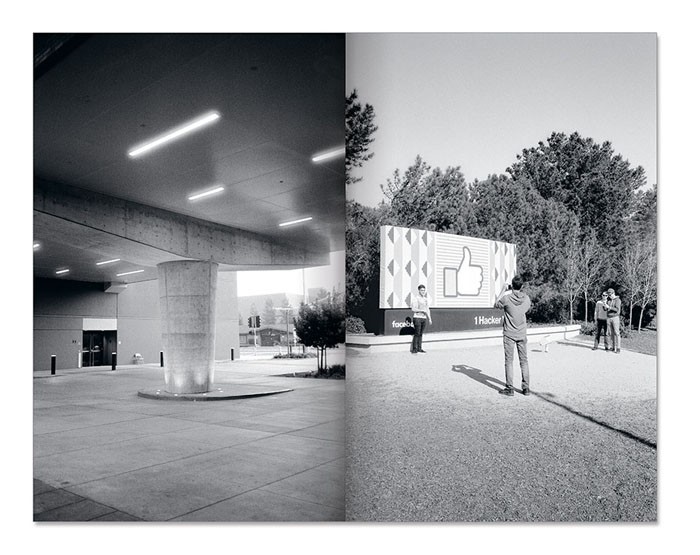 'A Story to Tell, or: Regarding Male Eating Disorders' - Mafalda Rakoš, Ruben de Theije
"You don’t really fit in... You don’t into the group of normal people, because you’re anorectic. And you don’t with those affected by anorexia, because you’re a man." Thomas, 21
The process always started with a conversation. What does it look like, your mental cage? What do you feel, see, think, hear, taste and smell? And where shall we go to take that picture of it?
For over a year, Mafalda Rakoš and Ruben de Theije accompanied eleven men affected by eating disorders. Through photography, text and drawings made by the protagonists, the authors aimed on reaching the heart of the men’s shocking experiences, revealing vulnerable conflicts between social expectations and big emotions; the stories they want to tell. Mafalda Rakoš, *1994 lives and works between Vienna and Amsterdam.
For more information:
http://www.fotohof.net/content.php?id=73&buchid=1021
20% discount during the fair – code: POLYCOVID2020

'Work' - Wolf Suschitzky
The first publication from the FOTOHOF archiv is the beginning of a series of books, which will give insight into the constantly growing holdings of the FOTOHOFarchive.
https://archiv.fotohof.at/artist/48/Wolf+Suschitzky.html
The first volume is dedicated to the photographic work of Wolf Suschitzky, whose estate has been stored and catalogued in Salzburg since 2018. The selection of images presented here is not guided by the claim to present this extensive work in its entirety, which spans from the early 1930s to the 21st century. Rather, the selection is based on the theme of "work", a subject that is omnipresent in the work of Vienna-born Wolf Suschitzky, and thus directs the gaze to certain continuities in a biography punctuated by emigration and exile.
Wolfgang Suschitzky (*1912) grew up in a family more connected to socialism than to its Jewish roots. In 1934 he leaves Austria under the influence of Austrofascism. In addition to his cinematic work, Wolf Suschitzky also produced an extensive photographic oeuvre that shows him as a cool but never indifferent observer of social conditions.
Wolf Suschitzky died in London in 2016 at the age of 104.
For more information:
http://www.fotohof.net/content.php?id=73&buchid=1022
20% discount during the fair – code: POLYCOVID2020