PALM* STUDIOS
'Studio Portraits 2015-2020' - Lola & Pani
Photography by Lola & Pani
Curated by Lola & Pani and Alastair McKimm
Introduction by David Campany
Alastair McKimm in conversation with Lola & Pani by William Barnes
Design by Jamie Allan Shaw
Original artwork hand printed by Daren Catlin
Post production by Ink
Prepress & colour proofing by Krzysiek Krzysztofiak
56 UV coated colour plates
“Of the forms of photography, or photo-projects that are around today, very few go all the way back to the beginnings of the medium. The portrait survey is one of them. It appeals to that deep desire to gather and collect, to organise and take stock, to assert some kind of order upon a world forever slipping into the past, or into disorder. That is the slightly cold-hearted motivation, but the portrait survey can also be an occasion for much warmer things: empathy, exchange, collaboration, even community.
Pani Paul and Lola Paprocka have gathered together images of young people people they invited to be photographed at Palm Studios in East London over the last five years. Friends. Friends of friends. Fashion people. Music people. Artists. Skateboarders. A creative scene, in all its emergent and fragile energy.”
/ David Campany
For more information:
https://palmstudios.co.uk/product/studio-portraits-2015-2020/ 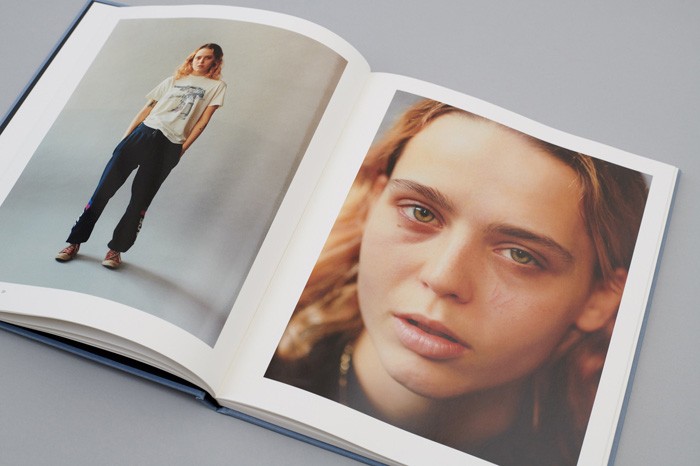 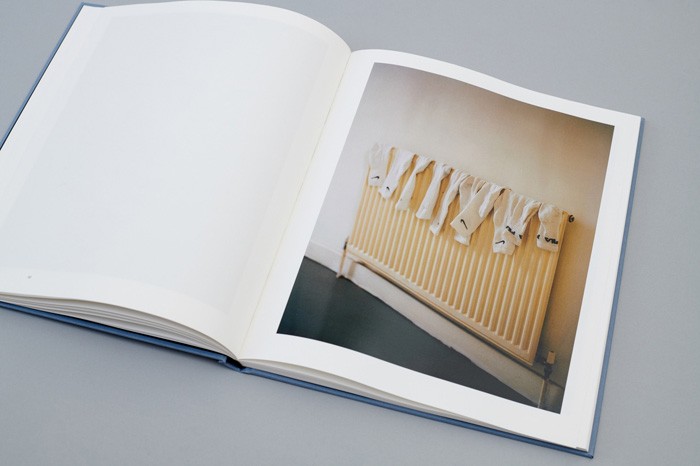 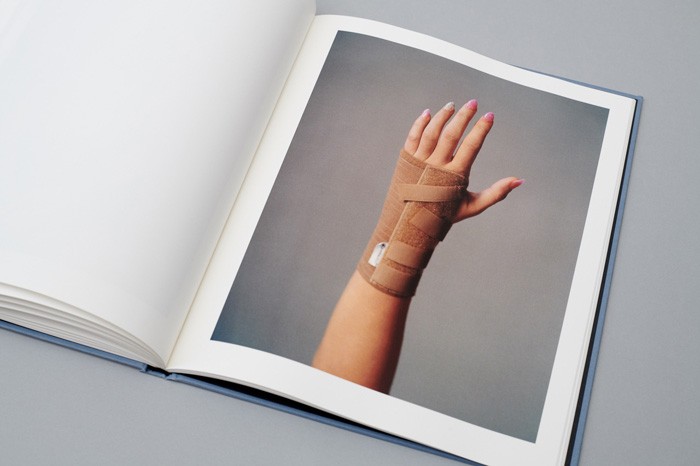 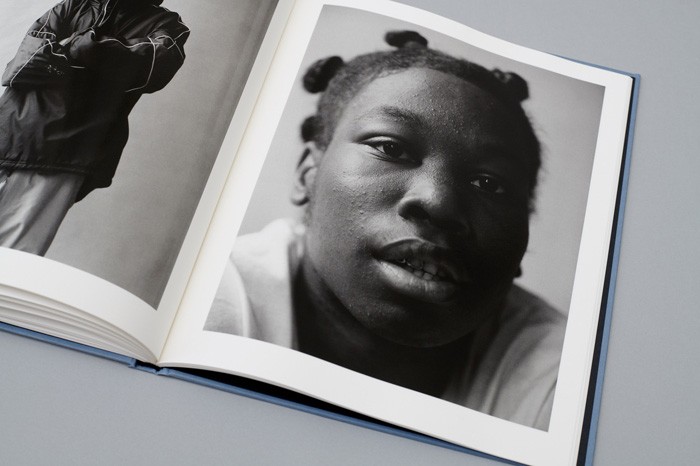 'When a Man Loves a Woman' - Molly Matalon
https://palmstudios.co.uk/product/when-a-man-loves-a-woman/

Molly Matalon’s When A Man Loves A Woman operates within a genre of photographs that depict the complicated interplay of desire and vulnerability. Matalon alternately plays audience, director, and participant in staged photographs with male subjects, typically in interior (and historically gendered-female) spaces. These subjects are friends, lovers, and acquaintances, flowers in bloom or decay, ripened or softening fruit, and objects at the emotional interstice of enjoyment and disgust. The photographs often catalogue ephemeral encounters and consumable natural objects, easy emblems of love, fertility, and beauty arranged in domestic settings or apt sites for a first date. While they truck in the popular language of what love, desire, and intimacy look like, this belies a more complicated origin.
Drawing from the male-dominated history of “straight photography,” Matalon’s images have a seductive clarity that evokes how our perceptions are sharpened in the excitement of an erotic encounter, and how those encounters are packaged and marketed back to us. But the intimacy being proffered by the subject or conjured by Matalon is rarely explicitly sexual, but rather quiet, vulnerable, tenderly perverse, akin to the tentative probing of someone seeking intimacy rather than a confident recounting of conquests by someone who has found it. The photos are a reciprocal performance: the chance for Matalon to create a close atmosphere with a subject under the pretext of a photo, and a chance for that subject to express their hope to be desired by a future audience. It is a collection less about the friction of bodies, which are often formally isolated in Matalon’s compositions, than the vivid and vivifying frisson of encounter.
While Matalon is delicate to never skewer the performers in her photographs, she often skews her depiction of them toward revelations about how they wish to be seen. Matalon’s photographs thereby represent a collaboration in which, as Chelsea Hodgson says in her essay, she graciously permits her subjects to feel they are inventing seduction. They act as a typology of what and whom Matalon desires, staged to reflect that desire back toward the camera. They are not expressions of the girlboss’s demand to get what she wants, but instead a woman’s assertive, unresigned, and collaborative seeking toward forms of intimacy on the terms most available to her.
This activity shares a dialectical kinship with work like Eve Fowler and Philip-Lorca diCorcia’s respective hustler projects. A viewer apprehends how a man’s performances of seduction, or self-aware rehearsal of desirability, can lay bare a common longing to be longed for. Yet unlike the power dynamics of diCorcia and Fowler’s, Matalon’s images are not fraught with questions about the socio-economic dimensions of her subject’s vulnerability. Matalon’s subjects are friends and friends-of-friends, casual lovers or acquaintances standing in as such, people to whom she has felt an attraction that is often, in her own telling, unrequited. When A Man Loves A Woman is less a typology of men than the fluid reckoning of a woman pursuing, through the vehicle of photography, an expression and clarification of her own desire, and a celebration of the medium’s capacity to make desire — for beauty, durability, youth, affection, and admiration — manifest.
The stakes, of course, are larger than one photographer’s proclivities or appetites. The book’s coda expresses the deeper activity of Matalon’s project. Its subject is a sculpture of a couple embracing, or rather a man — hulking, muscular, squared — holding a svelte, topless, and wholly passive woman. It’s plain to read a normative idea of love and affection in the statue’s gesture, but that gesture is undercut by Matalon’s focus on surface: it is sooty and blackened, somehow both dusty and damp, caked in thick particulate but oddly and unctuously wet. It is a fitting symbol of how Matalon complicates our idealized visions of love at peak ripeness. Her photographs don’t sully or tarnish the thing, but rather look carefully at how a miraculous and living wetness can emerge from within the dusty modes and models of how we strive to love and be loved.